Qatar Nanny Training Academy (QNTA), a member of Qatar Foundation for Education, Science and Community Development, hosted HE Fatima Mohammed Rajab, Ambassador of the United Republic of Tanzania to Doha. The welcoming reception was hosted at the Academy’s headquarters in Al-Duhail area.

The delegation was received by Ms. Jawaher Al-Khater, QNTA Director of Management and Operations, and Ms. Sahar Bakri, Official in Charge of QNTA Recruitment Office.

The visit was part of the strengthening of bilateral relations in the areas of cultural, academic and professional cooperation between the Academy and the Embassy of the United Republic of Tanzania in Qatar, and to bid farewell y Her Excellency the Ambassador on the occasion of the end of her term in the country.

For her part, HE Fatima Mohammed Rajab expressed her thanks and appreciation to the Academy’s management for the outstanding services in the field of high-quality training for female students from the United Republic of Tanzania, and for creating suitable employment opportunities for them after completing their studies at the Academy.

In her comment on this visit, Ms. Jawaher Al-Khater, QNTA Director of Management and Operations, stated that: “At the Academy, we seek to diversify the countries of recruitment, and the Tanzanian experience has been successful. It has achieved a high percentage of satisfaction and reliability among Qatari families, as nannies are characterized by their acceptance to work with children, eagerness to achieve the objectives of integrated education, proper upbringing on the values of Islam, and their care for using correct Arabic.”

HE Ambassador Fatima Mohammed Rajab, as part of the conversation, also discussed with Ms. Jawaher Al-Khater the topic of recruitment from the United Republic of Tanzania for the coming years. The discussion also raised the idea of establishing a private institute in the United Republic of Tanzania to train female candidates and enable them master Arabic. It can also teach them the basics of comprehensive child care to effectively contribute to their rapid integration into the academic program and achieve the desired success.

Ms. Jawaher Al-Khater, furthermore, stressed on the fact that “QNTA management carefully selects female candidates to join our academic programs through rigorous criteria, the forefront of which is the mastery of speaking, reading and writing Arabic for those who are applying for this program”.

HE Fatima Mohammed Rajab, Ambassador of the United Republic of Tanzania, also met with the students of QNTA eighth batch who were recruited from the United Republic of Tanzania for the academic year 2020/2021. She advised them to be sincere at work, and then bade farewell to all for the end of her term in Qatar, while QNTA students gave her a souvenir as a goodbye gift to remember them.

At the end of the visit, Ms. Al-Khater wished HE Ambassador Fatma Mohamed Ragab success in the tasks entrusted to her in the future. She also wished the bilateral relations further progress and development. 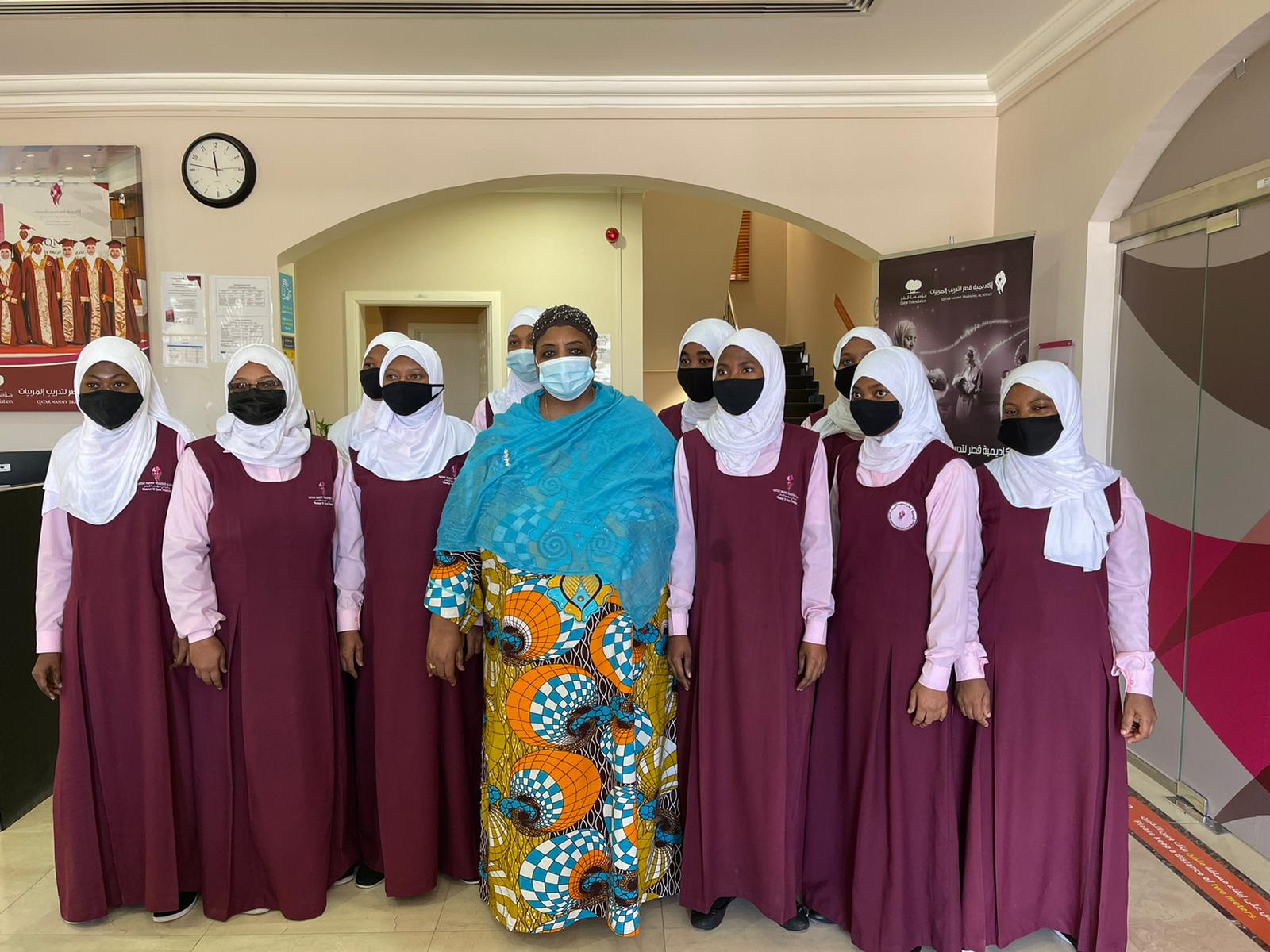 How to recruit a qnta nanny?

Through QNTA you can choose a nanny from the Academy and then sign a contract directly with her.

Please complete the steps below to recruit your nanny